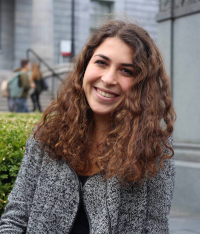 Hazal Ozlen, HBHL Fellow
Hazal received her B.A. in Psychology from McGill University in 2017. Following graduation, she worked as a laboratory manager in Dr. Villeneuve’s laboratory at the Douglas Mental Health University Institute for two years, where she worked on neuropsychological evaluations with study participants and administrative tasks. Now for her master’s degree, she will be investigating associations between sleep disturbance, amyloid-beta deposition and memory decline in individuals with a family history of Alzheimer’s disease. Outside of the lab, Hazal practices yoga, plays music and enjoys spending time with her cats. 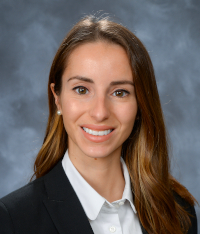 Marianne Chapleau
Marianne holds a PhD in clinical neuropsychology (Research/Intervention) from the University of Montreal. She completed her residencies in geriatric settings (gerontopsychiatry at the Hôpital de Sacré-Coeur and at the memory clinic of Douglas Mental Health Institute). During her graduate studies, she conducted various research projects on neurodegenerative diseases. Her research interests include cognition and neuroimaging in pathological aging. Outside of the lab, you can find her running/cycling, petting her dog and exploring new places! 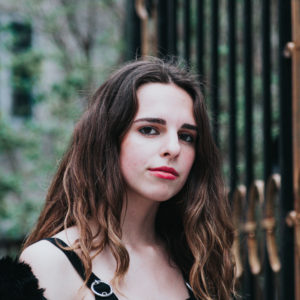 Alana Dunlop
Alana is an undergraduate student at McGill University, majoring in cognitive science and minoring in English literature. In the lab, she is investigating the effect of cardiovascular risk factors on cognition as well as assisting with data collection (MRI) and data entry. In her spare time, she writes poetry and short stories, plays the ukulele, goes to concerts and art shows, and explores Montreal. 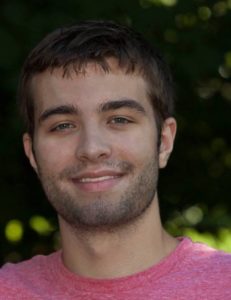 Callaghan Garland
Callaghan is an undergraduate student at McGill. He is at the lab to gain valuable experience in a research environment and is working on a project examining the effect of perceived age on Alzheimer’s progression. In his free time, he enjoys listening to music and biking. 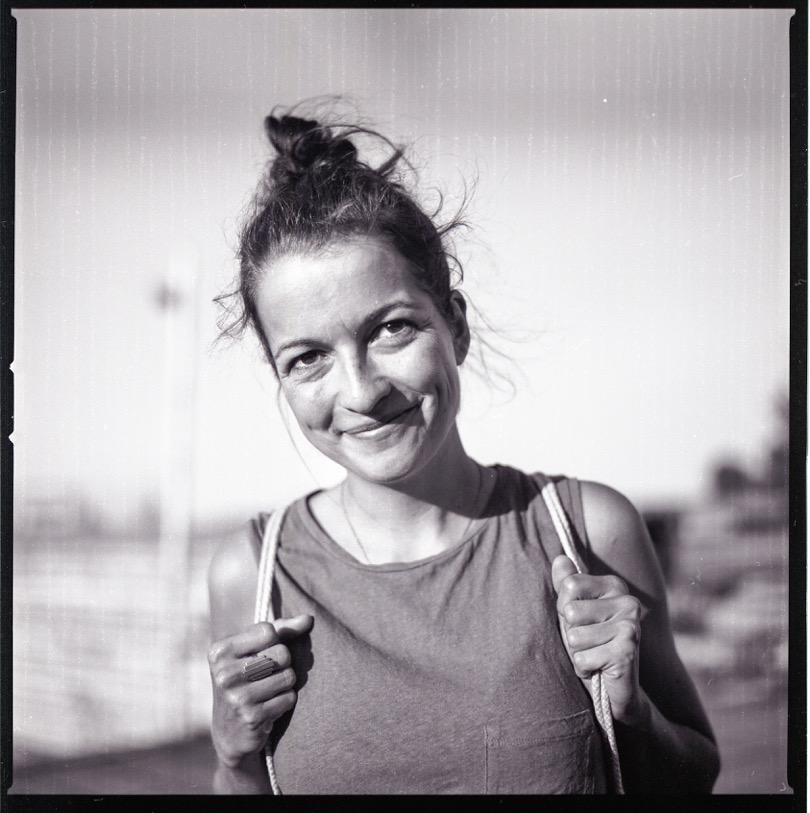 Theresa Köbe
Theresa received her PhD in cognitive neuroscience at the Charité – University Medicine Berlin, Germany. She focused on the identification of modifiable lifestyle risk factors and their impact on cognitive performance of healthy older adults, patients with mild cognitive impairment and Alzheimer’s disease. She performed multimodal MRI analyses at 3T and 7T and assessed CSF- and blood-based molecular biomarkers, to study potential underlying mechanisms. She is now postdoctoral fellow in the Villeneuve lab investigating the impact of vascular burden on preclinical Alzheimer’s disease pathology. While not working, she is a passionate hobby-seamstress and lindy-hop dancer, enjoys concerts, cooking, hiking and hanging out with friends. 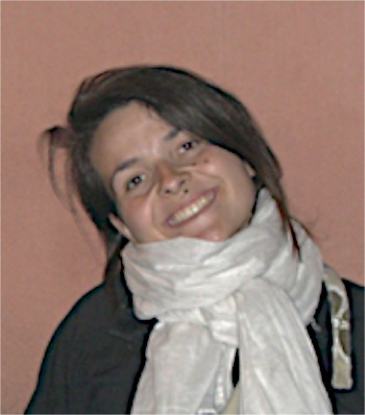 Julie Gonneaud
After getting her neuropsychologist certification at the University of Savoie (France), Julie completed a PhD at the University of Caen-Normandy, under the supervision of Dr Beatrice Desgranges, where she studied the cognitive and cerebral substrates of prospective memory using fMRI and virtual reality. Then, she did a postdoc under the supervision of Dr. Gaël Chételat (University of Caen-Normandy), where she became interested in multimodal neuroimaging of Alzheimer Disease, focusing more particularly on biomarker changes associated with genetic risk factors. Her postdoctoral project in the Villeneuve Lab focuses on the detection of early biomarkers changes in asymptomatic individuals with a familial risk of Alzheimer’s Disease. When not in the lab, she likes cooking, going to cinema, concerts and discovering new places. 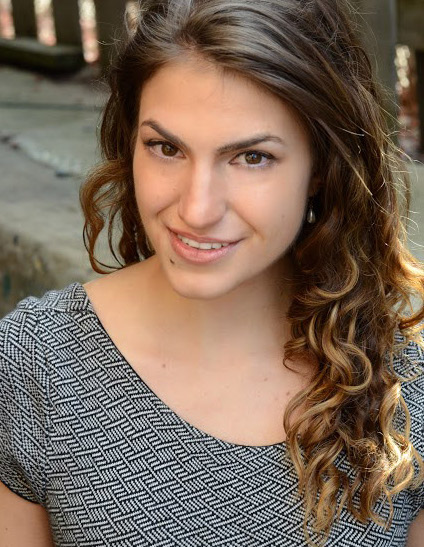 Melissa McSweeney
Melissa received her B.A. in Cognitive Science from Northwestern University in 2015. Following graduation, she worked as a research assistant in Dr. Joel Voss’s laboratory at Northwestern for one year. Here, she worked on a research project investigating transcranial magnetic stimulation and human memory. She also volunteered in Northwestern’s Cognitive Neurology and Alzheimer’s Disease Center and explored neuropsychological predictive measures of dementia. Additionally, she worked as a live-in caregiver for an older adult with Alzheimer’s disease prior to her matriculation to McGill. For her master’s thesis, she will be researching the roles of sleep and cognitive fluctuations in Alzheimer’s disease. In her free time, Melissa enjoys designing sets for theatre, swimming, and hiking. 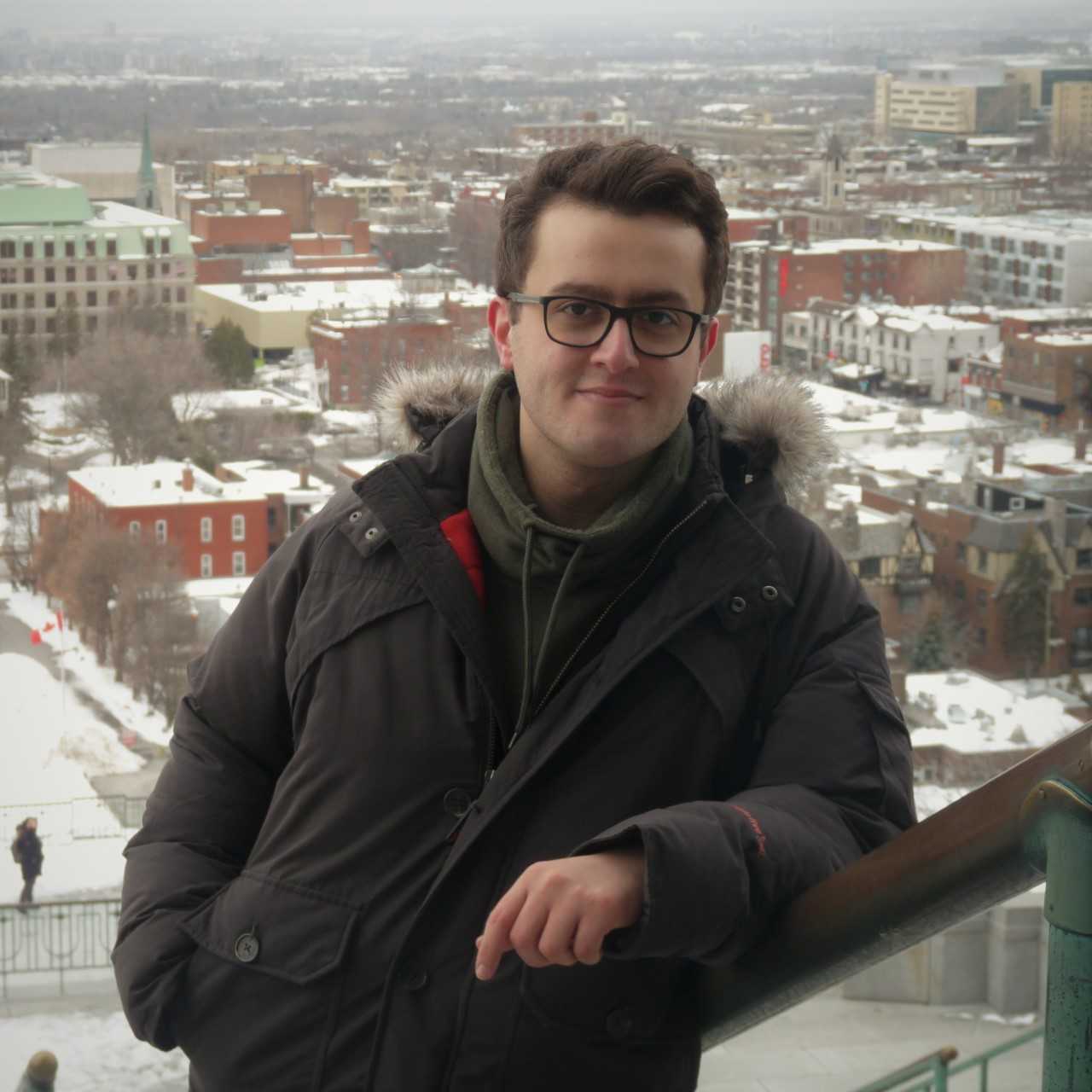 Morteza Pishnamazi
Morteza is a 2017-18 Rotation program Ph.D. student in the Integrated Program in Neuroscience at McGill University. He received his M.D. from Tehran University of Medical Sciences in 2015. Alongside his medical training, Morteza was involved in projects using fMRI and psychophysics experiments to study multisensory integration, emotion-cognition interaction, and binocular rivalry. Currently, he is interested in studying the role of malfunctioning cognitive mechanisms in shaping the symptomatology of neurological disorders. At Villeneuve Lab, he will study the association between baseline Aβ and tau deposition loads and temporal changes in gray matter volume in pre-symptomatic senile individuals at risk of developing Alzheimer’s disease. In his free time, Morteza enjoys reading, cooking, and urban photography.

Jacob Vogel
Jake is a Ph.D. candidate in the Integrated Program in Neuroscience at McGill University. He did 3 years in Berkeley managing Dr. Jagust’s lab and investigating subtle links between cognition and brain pathology in normally aging individuals. Jake is excited by many different flavors of neuroimaging. When not nerding out, you can find him playing music, climbing, and enjoying the finer things in life Montreal has to offer. 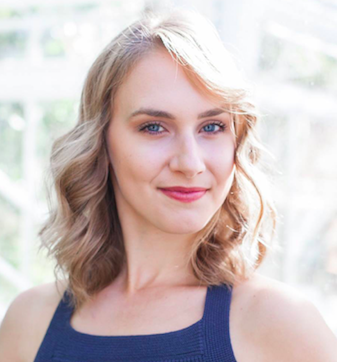 Kaitlin Nuechterlein
Kaitlin has recently graduated with a Bachelor of Science from McGill University (Major Physiology, Minor Psychology). She is involved in a research project concerning the early identification and detection of Alzheimer’s Disease. Her contributions include data collection (MEG, PET, MRI), analysis, and administrative tasks. Outside of the lab, Kaitlin loves to dance, practice yoga, and go exploring around Montreal. 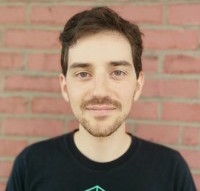 Christophe Bedetti
Christophe obtained his master degree in neurosciences in Lyon (France) in 2006. He is currently a research assistant working on different modalities in neuroimaging like diffusion MRI, cortical thickness, and PET imaging. Right now, he focuses his efforts on the automation of data processing. Outside the lab, he enjoys learning new things about space. You could also find him snowboarding or hiking mountains around Montreal. 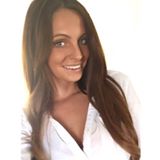 Leslie-Ann Daoust
Leslie-Ann is a nurse coordinator in our research program. Her role is to follow up with the participants. Among other things, she carries out blood tests, neuropsychological tests, participates in lumbar punctures and is in charge of the project involving Positron Emission Tomography (PET Scan) in addition to performing certain administrative tasks. When she’s not working, Leslie-Ann is very involved in various sports activities, including yoga, her favourite sport. 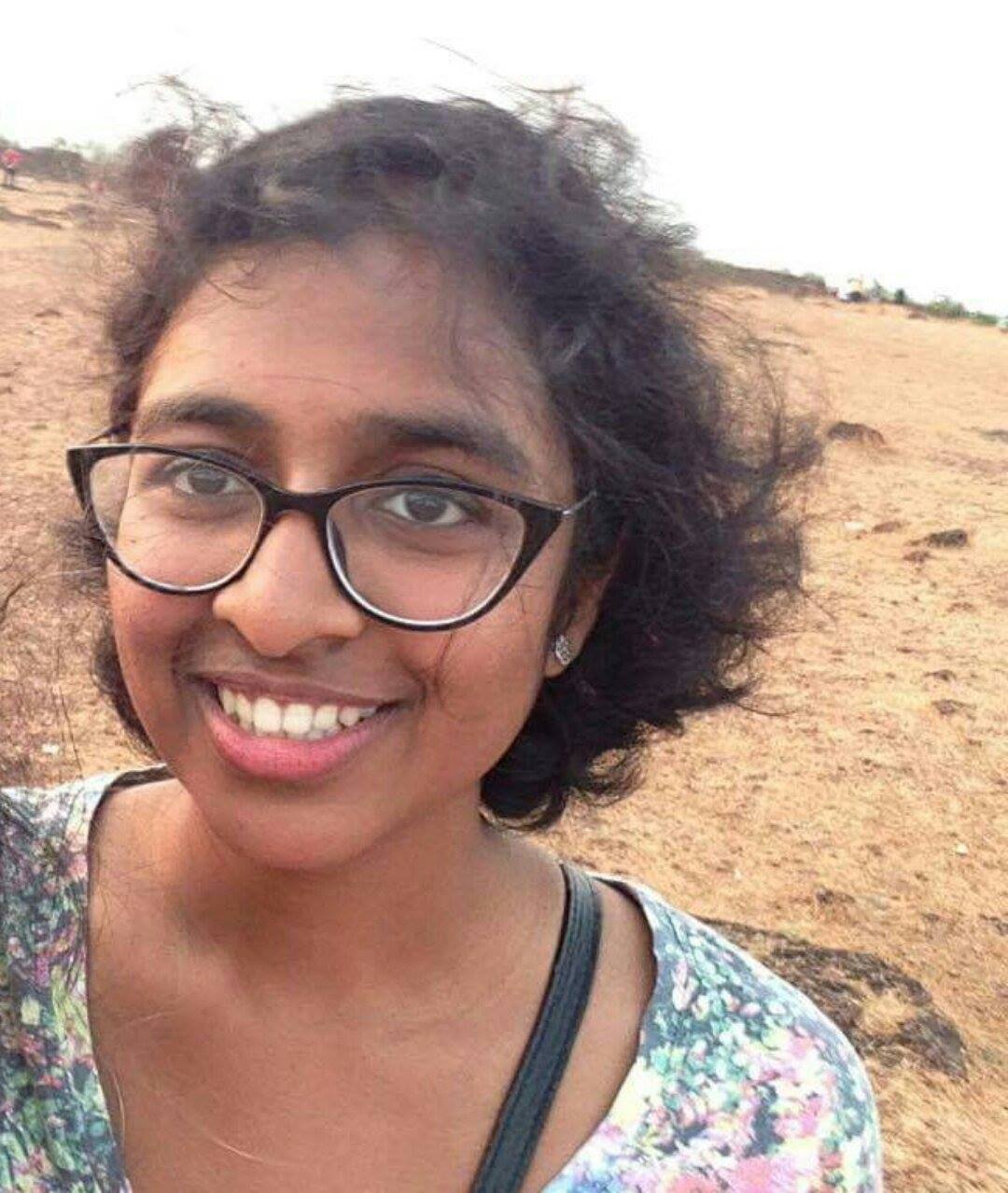 Sangitha Jeyaseelan
Sangitha is an undergraduate student at McGill University. She is in the lab to learn as much as she can about neuroimaging techniques and to do a small project on the amyloid presence in the CSF and localization in the brain. In her spare time, she enjoys hiking, reading and running around Montreal. 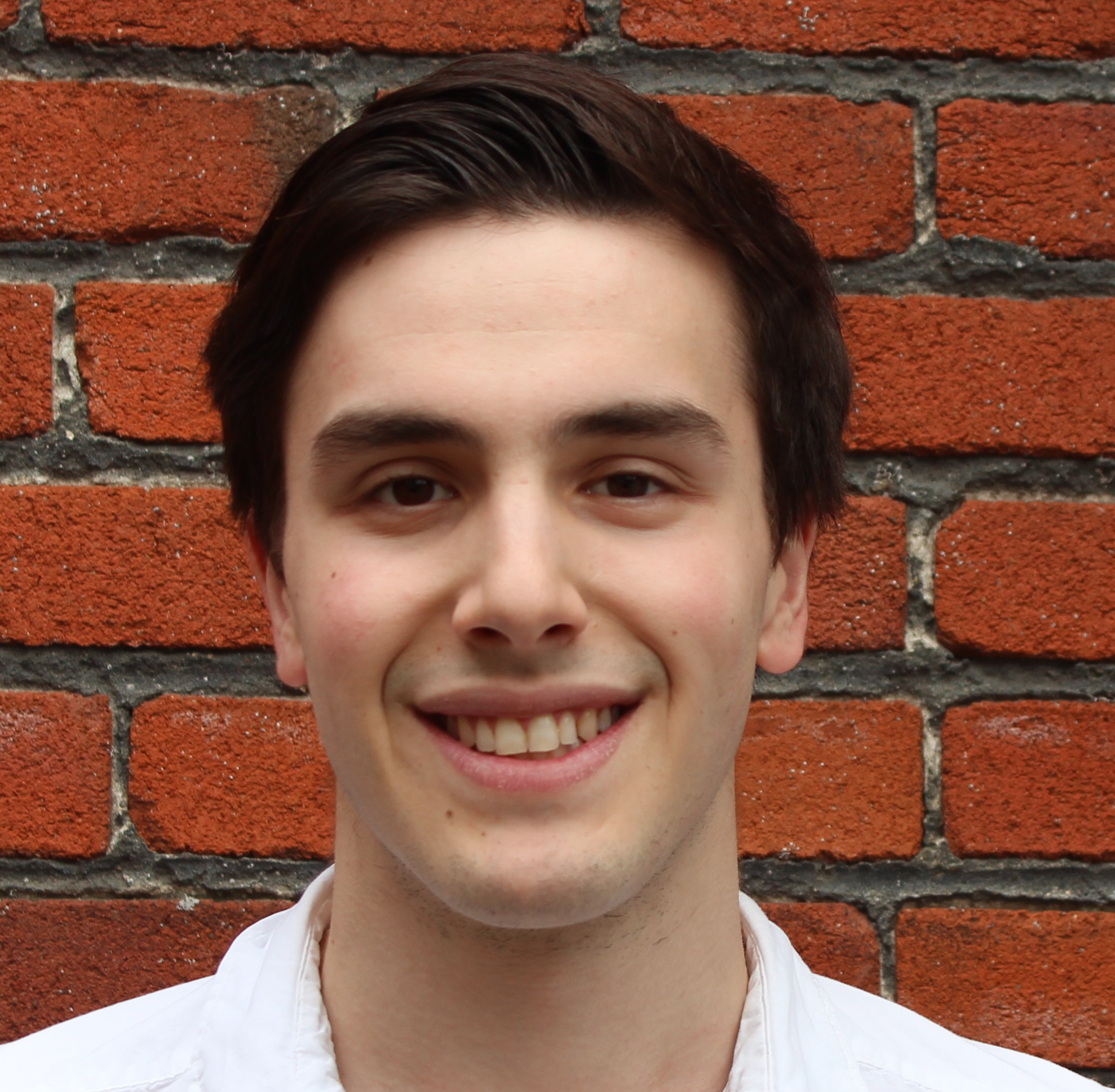 Michael Smilovitch
Michael recently finished his Undergrad at McGill University, obtaining a BASc in Cognitive Science. He is responsible for the construction and maintenance of the lab website (that you are currently on), along with the online research platform. He hopes to soon learn a thing or two about neuroimaging as well. Michael spends his spare time writing short stories and poetry and performing around Montreal with his band. 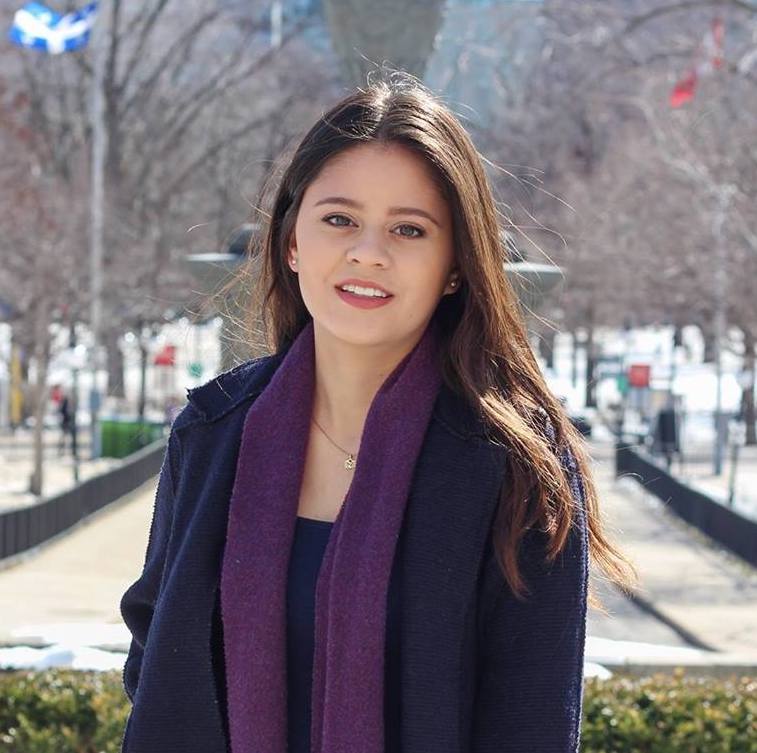 Ashley McFarquhar
Ashley is an undergraduate at McGill University, majoring in Neuroscience. She is excited to learn more about neuroimaging and computational programming here in the lab. In her spare time, she enjoys jogging around Montreal and dog spotting. 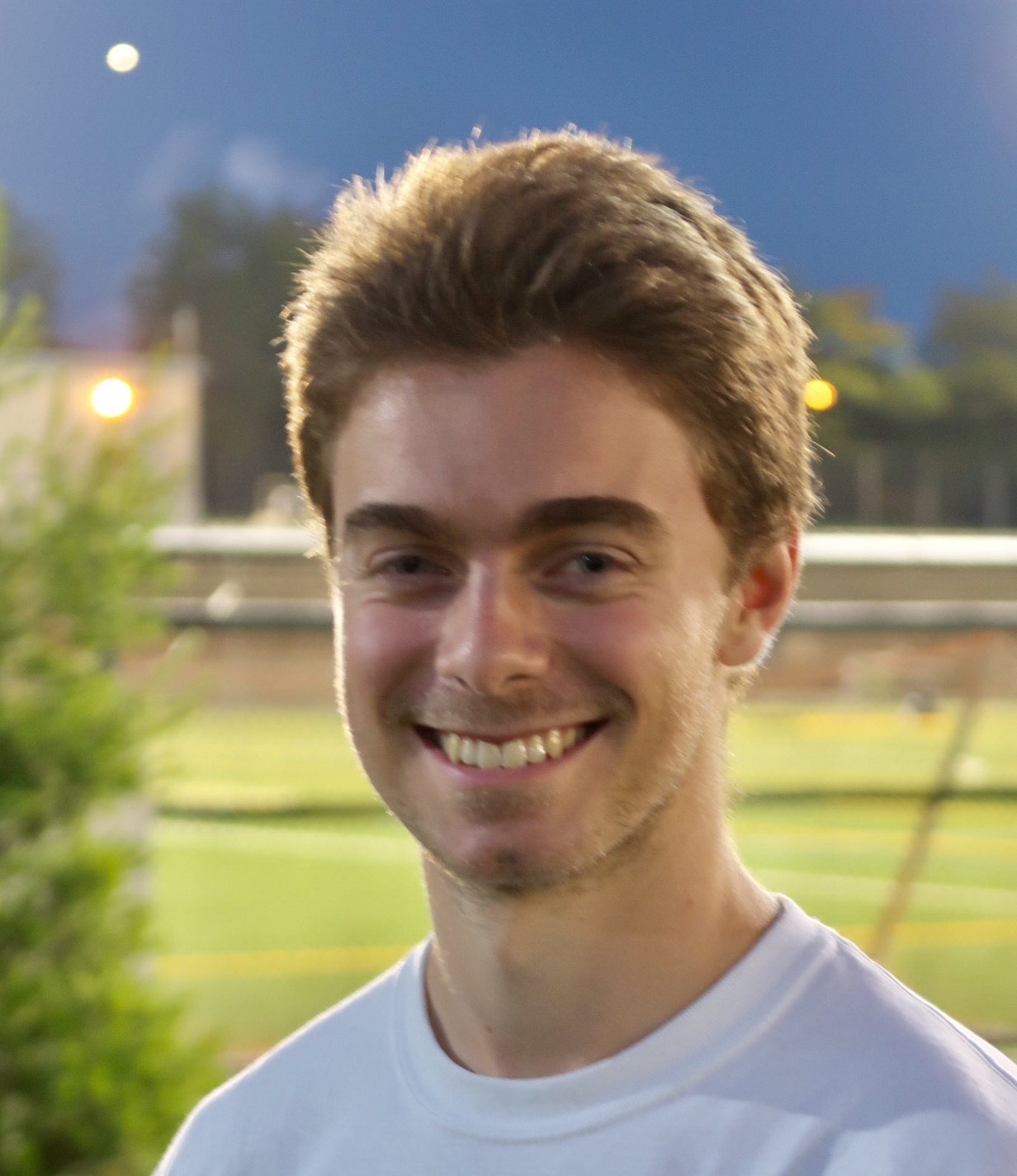 Félix is an undergraduate student in psychology and sociology at Université de Montréal. Apart from neuropsychology and neuroimaging, he’s interested in fields as brain development, sport psychology, and performance psychology. He’s a track and field coach and he’s a board member of the Université de Montréal Triathlon Club. In his spare time, he trains in the three disciplines of triathlon and he likes to initiate sedentary people to physical activity. 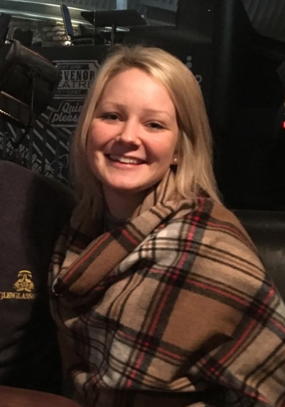 Lise gained her BSc (Hons) Psychology degree from the University of St Andrews in 2015 and is currently an MSc candidate at University College London. For her master’s project, she will investigate the relationship between repetitive negative thinking and risk of Alzheimer’s Disease, under the supervision of Dr. Natalie Marchant and Dr Sylvia Villeneuve. When Lise is not working, she enjoys exploring London’s finest cafés and parks, cooking, working out, and singing. 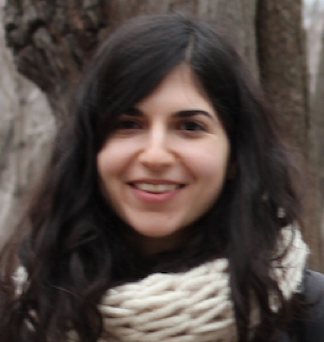 Shirin Tabrizi
Shirin graduated from McGill in 2015 with a Bachelor of Arts and Science in cognitive science, with a focus on neuroscience. She’s especially interested in the intersection of neuroscience and public health. Outside of the lab, she enjoys reading and biking around Montreal and its environs. 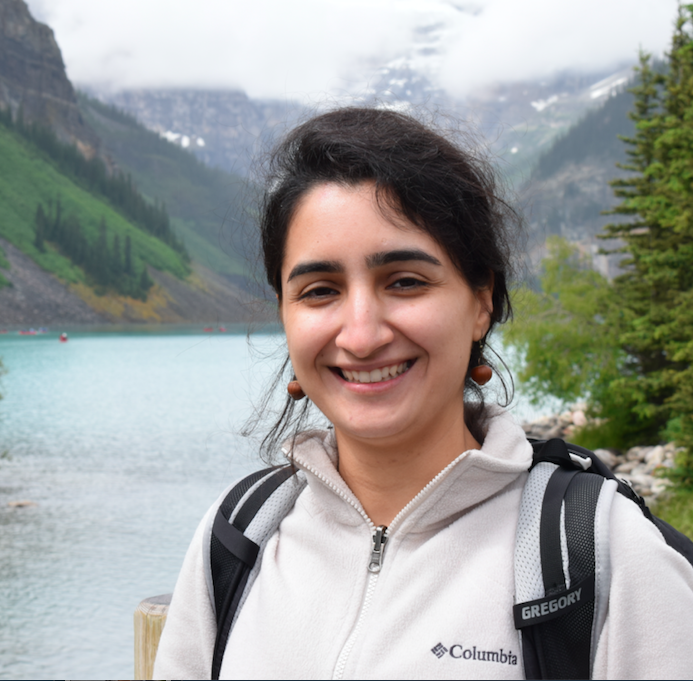 At the end of 2014, Mina graduated from INRS (Institut National de la Recherche Scientifique) with a Master’s degree in Applied Microbiology. Afterward, she worked as a research assistant in the neuroscience laboratory. To pursue her dream, building her career in neuroimaging, she started volunteering here since February 2017. She is interested in Alzheimer’s disease, brain development and the effects of diseases on brain function. Outside the lab, she likes hiking, mountain climbing, travelling, cycling and of course dancing. 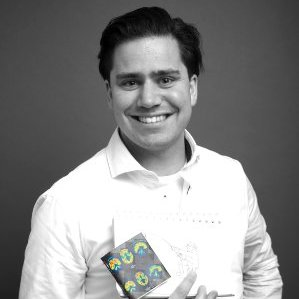 Sander Verfaillie
Sander has been a Ph.D. candidate at the “Alzheimer center” of the VU University Medical Center in Amsterdam (the Netherlands) since December 2013. He is a neuropsychologist and neuroscientist by background within a keen interest in MRI and PET neuroimaging. His Ph.D. project aims to investigate the earliest brain changes leading to Alzheimer’s Disease in cognitively intact individuals. When not conducting research, he likes travelling, hiking, running, cooking and la joie de vivre in Montreal. 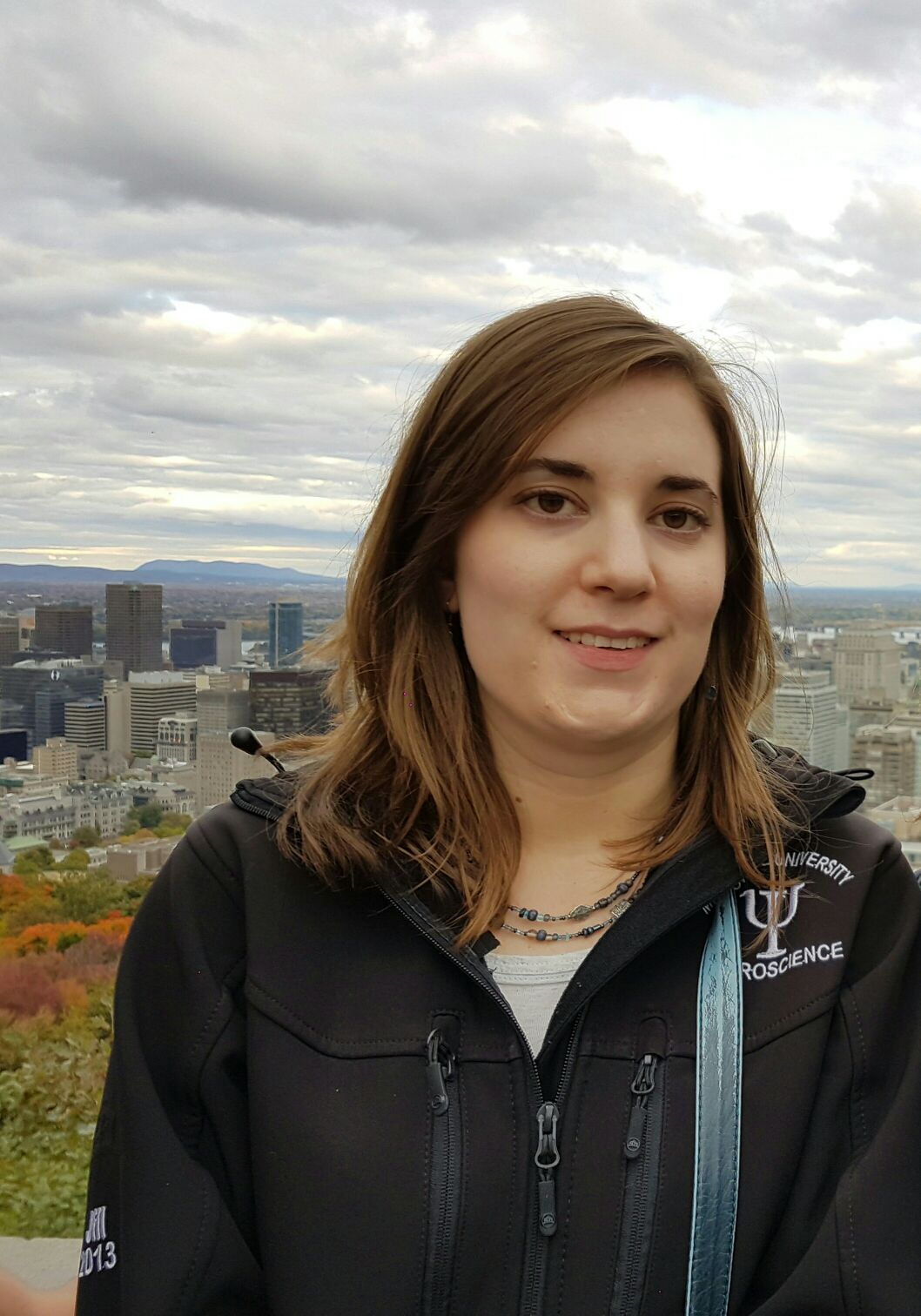 Jill McCarthy
Jill is a student in the Integrated Program in Neuroscience’s Rotation Program at McGill. She obtained a BSc (Honours) in Behavioural Neuroscience from Memorial University. Her project in the Villeneuve lab focused on the interaction between vascular health and Alzheimer’s disease pathology. 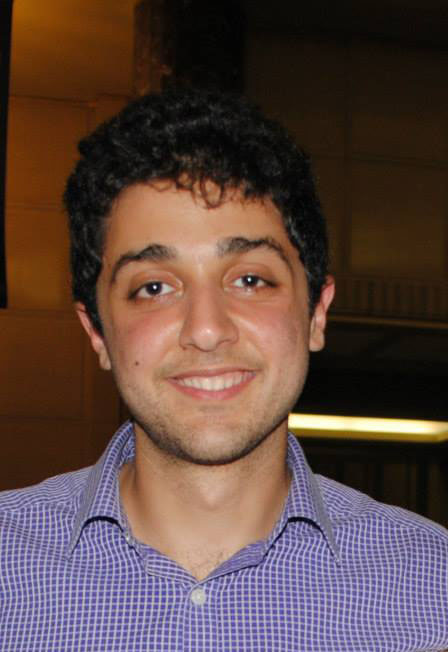 Peter Maliha
Peter is a 4th-year medical student from Montreal University. Interested by neuroimaging modalities, he volunteered at the lab during the summer of 2016. His hobbies include tennis, bouldering, and cinema.